In this unique time in history, we reached out to our community to learn how COVID-19 has affected their lives, how they’re coping and what silver linings they’ve discovered. We hope you’ll enjoy this COVID Chronicle with Jocelyn Dawson. What kind of work do you do? How has your job been affected in light of Covid-19?

I am an actor and a paraprofessional. In the beginning, both jobs were put on hold, with plans to get things back on track in a few weeks. I booked a job on a new TV series. We were supposed to begin filming the pilot episode in April. That has been pushed back indefinitely. I also had a really wonderful audition for a play the week before this whole thing kicked off in Wisconsin. A play I love and would LOVE to do. Since that audition, I was receiving weekly updates about casting the show in a pandemic and how they were going to have to push the show back. Every email pushed the start date back further and further until yesterday (April 9th) I got an email from the director letting us all know the show was canceled. It may be added to the schedule next season,  in which case the whole process will start over. So that was upsetting. But, c’est la vie.

School is another puzzle. When the closure was announced to go into effect March 18th our school’s original plan was to follow that order. On Sunday the 15th, we all got the call that we would be closing the 16th.  Plans changed pretty quickly. I was able at least to get into the building and my office that Monday to clean out my mini-fridge and bring some things home. The plan was to be off three weeks and go back on April 6th. Our spring break fell in the middle of that three week period, so we were only planning to be behind a couple of weeks. A few days later schools were closed indefinitely. There was, of course, chaos. How will we meet mandatory student contact hours? What about state testing? State standards and requirements? The list goes on. But our teachers, the amazing beings they are, put together online schooling lesson plans out of thin air. We started remote classes on April 6th. It’s been an interesting learning curve roller coaster. So far it’s going well… I think. 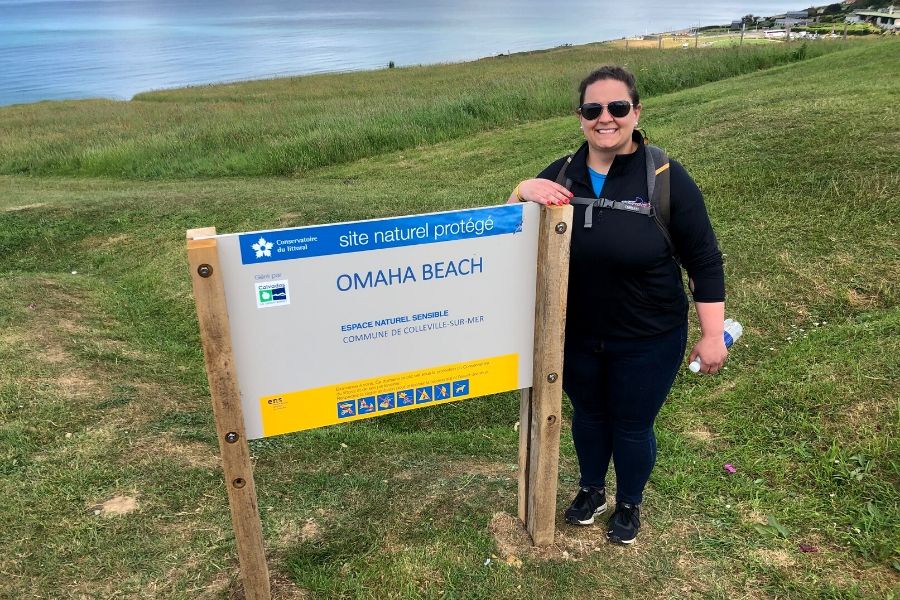 What have you been doing to occupy your time during the quarantine?

I have to preface this, I love my own company. When I was in college my first year off-campus, I lived by myself and it was amazing. I love people and being around people, but in my jobs, I’m around people ALL THE TIME. So not HAVING to be social has been so nice. I am perfectly happy to be on my own. For now at least.

I’ll be honest, the first two weeks I spent A LOT of time watching TV. Not all day every day by any means. I went for a walk every day. My gym, (God bless them) Northfit Creamery, let all their members bring some gear home to make a small home gym. They have utilized ZOOM since mid-March so we can log in every day and work out together at our usual class time. So that’s been pretty great. I’ve recently gotten really into audiobooks. I prefer a book in hand, but it’s nice to listen to a book as I’m doing something a little mindless, like sorting through boxes. There is an AMAZING app called Hoopla that, as long as you have a library card, lets you borrow audiobooks. I also am a voracious reader. I’ve been doing some research and writing. Working on some self-tape auditions. Cleaning the house and paring down all my stuff and packing boxes.

Also baking, I just made some DELICIOUS savory breakfast scones this week.

There have been many negatives related to the coronavirus. What have been the silver linings?

I’m a pretty positive person, so while there have been a lot of negatives related to this pandemic, I have just not allowed it to ruin my days. I make it a conscious choice to not allow the negativity in. A big help is that I don’t watch the news all day. The evening update is about all I need.  Not sure if that really answered the question. 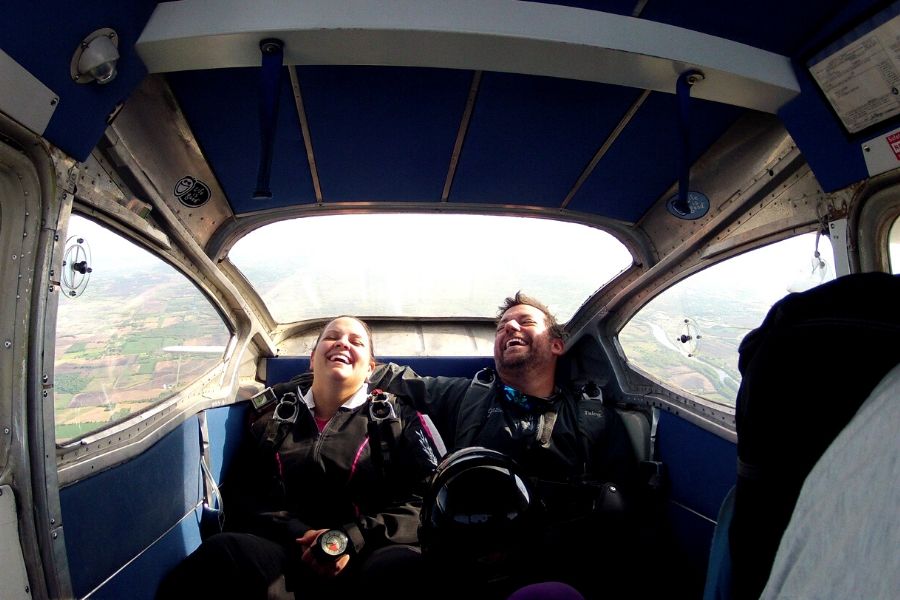 What are you most looking forward to doing (outside of skydiving of course) when you get on the other side of the quarantine?

Going to sit at the coffee shop and read a book. Going back to my gym (I miss it) and honestly getting back to a regular schedule with work for both jobs.

What’s your secret superpower that few people know about?

I can rock any baby to sleep.

What are one to three books that have greatly influenced your life?

Love Does and Everybody Always, both are written by Bob Goff and both have changed my mindset and how I view different situations, myself, the world, and other people.

What is the most useful thing you own under $100?

My French Press (the best way to make coffee, I’ll die on this hill)