Skydiving is a pretty extreme sport, right? So you’re probably thinking it takes hours and hours of training and months of practice to do it for the first time. Wrong! So, how long does it take to skydive for the first time? The only training required before a tandem skydive is an hour long, then you’re ready to go! Let’s dive into how to make a tandem skydive, then we’ll address goin’ solo! 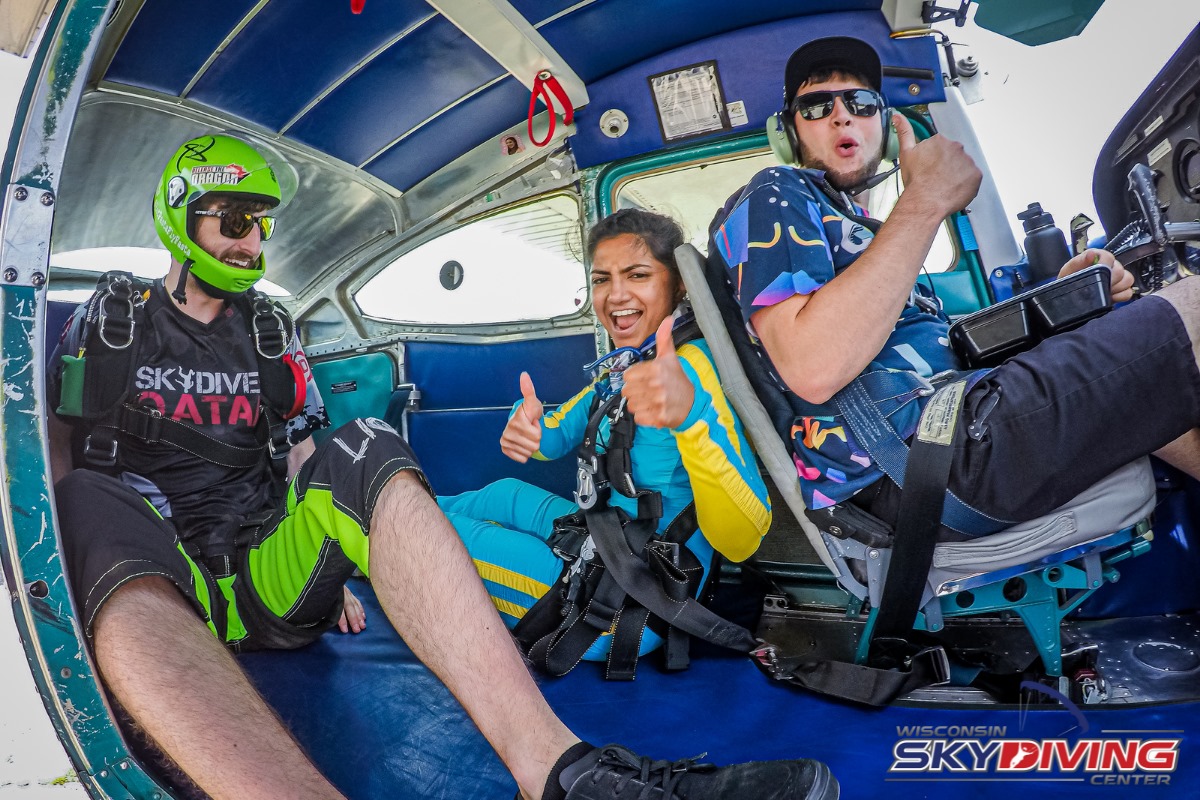 Tandem skydiving is essentially the act of physically securing a novice or first time jumper to a highly-experienced skydiving instructor, and just SENDING IT from a perfectly good airplane! The awesome thing about tandem skydiving is that it has significantly increased accessibility to our incredible sport. 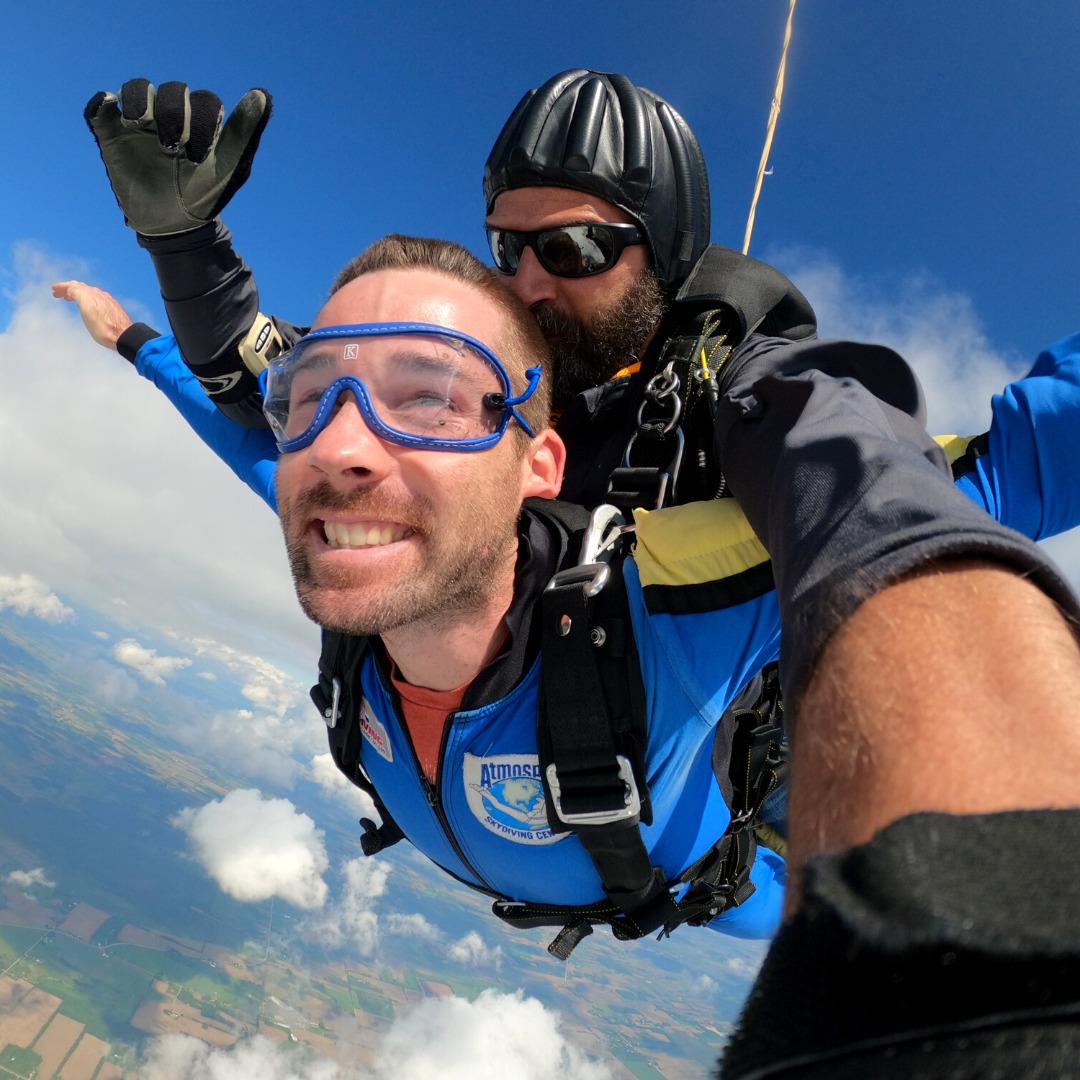 How much training do you need to skydive by yourself?

Is skydiving hard to learn? We wouldn’t say it’s easy, but it is 100% doable. The training for skydiving solo is a bit more involved than that of tandem skydiving, and rightfully so! Skydiving solo is, like, a pretty big deal.

Let’s break down the process to start solo skydiving.

Okay, that all sounds SICK. But, how much does learning to skydive cost? Keep in mind, that pursuing the sport of skydiving is a major goal. As with any serious commitment, there is a required investment of time and resources. BUT the experience of skydiving solo is unmatched and, dare we say, priceless.

All in all, learning to go solo will cost about $3,000. At Wisconsin Skydiving Center, it’s super important to us that skydiving be accessible to everyone. Each element of our solo and Accelerated Freefall (AFF) course is individually priced, which means you can pay as you go – and also go at your own pace. You just need to do at least one jump every 30 days to stay current. 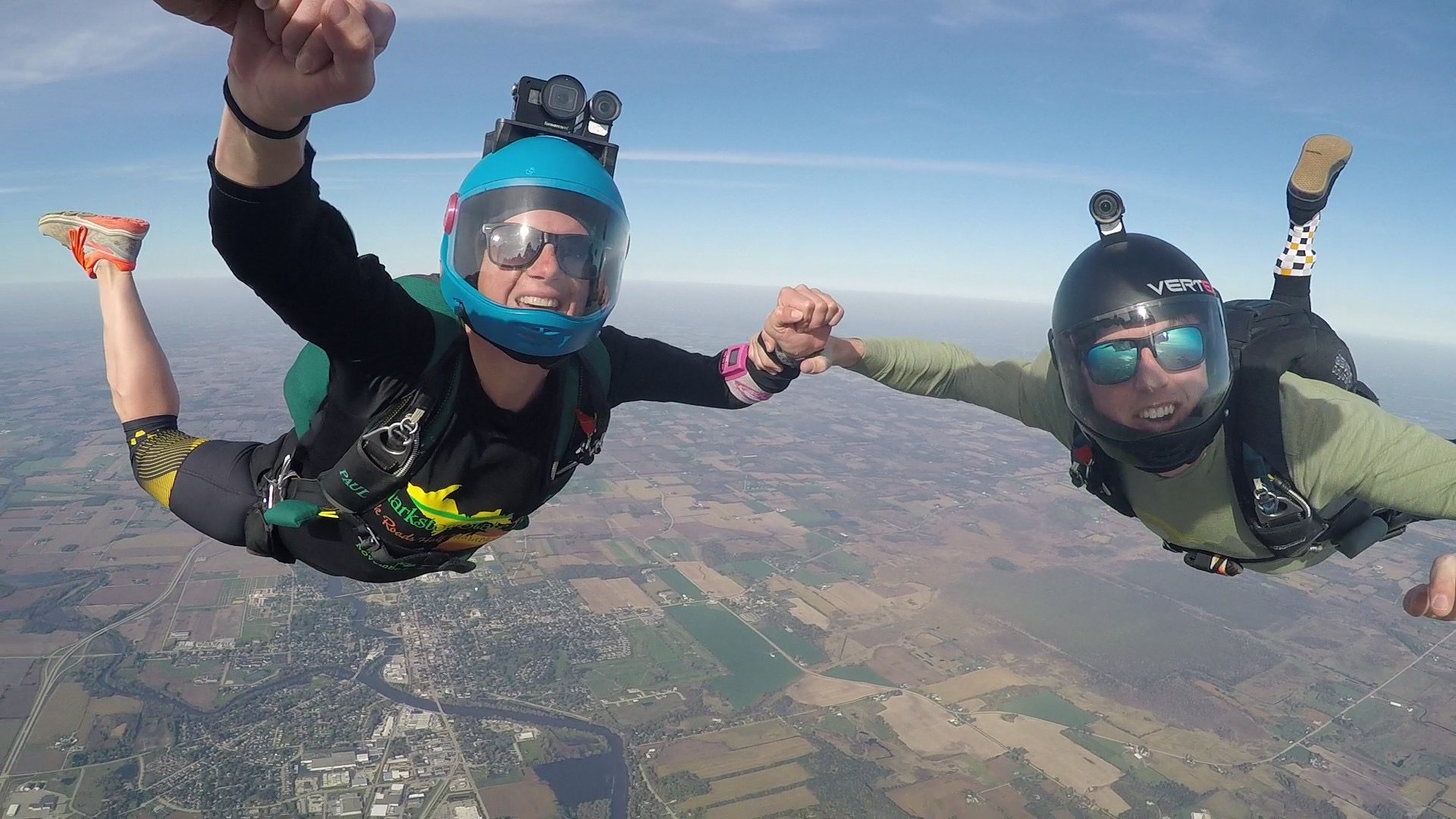 Are there restrictions to skydiving solo?

There are a few restrictions related to learning to skydive solo with at Wisconsin Skydiving Center. You must:

3) have previously completed a tandem skydive

As is the case with tandem skydiving, if you have any pre-existing medical conditions that you are concerned will prevent you from experiencing the joy of the sky or hinder your experience in any way, check with your doc! Better you are 100% sure that your body and mind are in the right place to skydive than be weary about it. After all, the most important space is your head space.

The possibilities are endless! Seriously, one beauty of the sport is that skydivers never stop learning. There are different disciplines you can delve into, like free-flying, relative work and canopy relative work (jumping in groups and creating formations), and wingsuiting.

At 100 jumps you can achieve your coach rating and guide other jumpers in the sport. With even more jumps, you can pursue your instructor rating or tandem rating, which you need 500 skydives to even think about! That’s right, our tandem instructors are super experienced. Competitions, world records, clubs (like SSS: Skydivers Supporting Sobriety), and specialty jumps are all open doors once you pursue the sport! 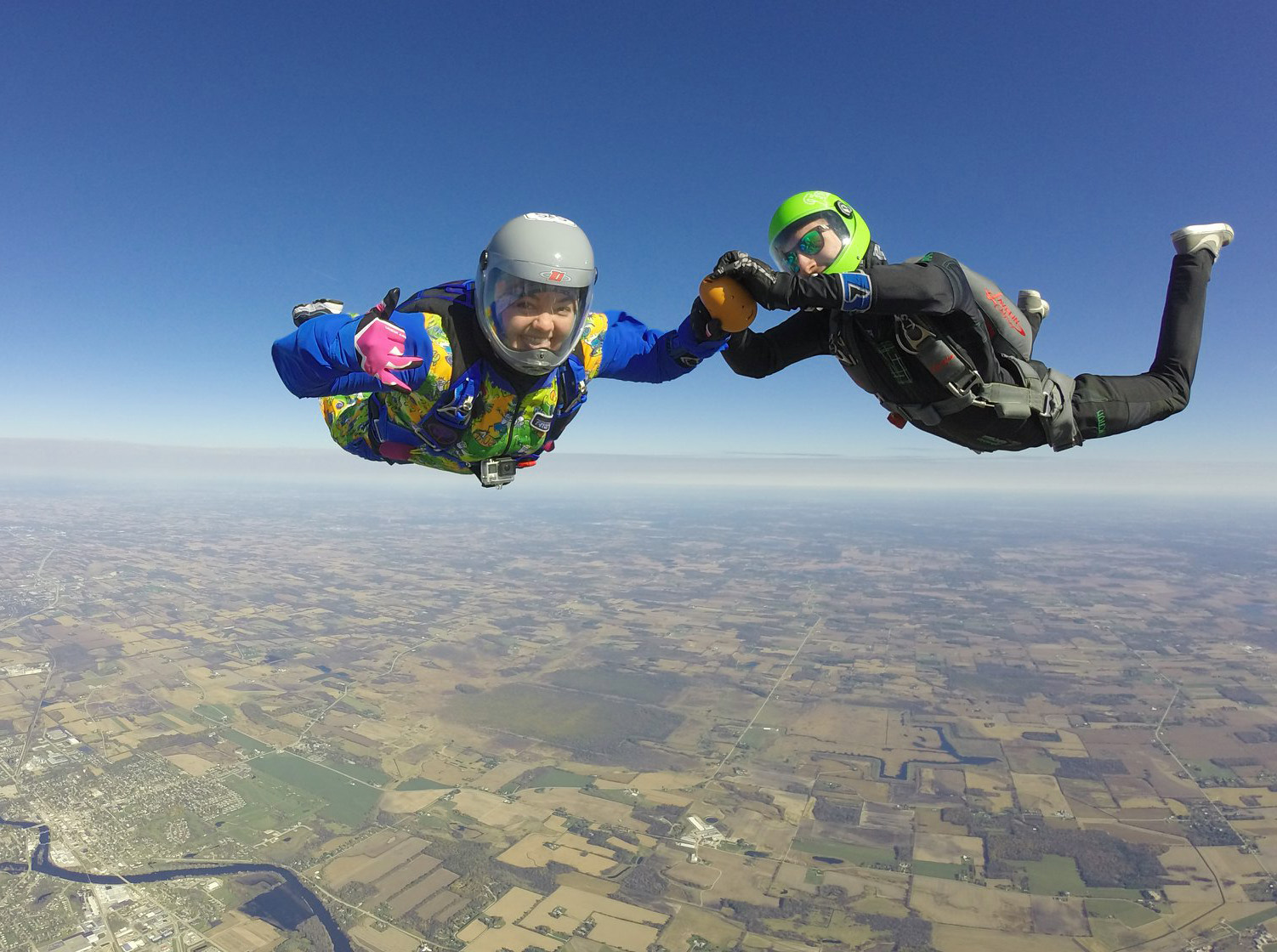 Are there perks to skydiving solo?

Do you mean, are there benefits to skydiving (aside from feeling absolute nirvana and total mental and physical freedom)? Yes! The skydiving community is unlike any other. We pride ourselves on being so diverse yet so united through a love of the sky; we are truly friends-turned-family, and our community stretches across the globe.

Empowerment, self-esteem, and confidence are personal benefits of skydiving that instantly and forever carry over into your everyday life. Skydiving teaches you that you have the power to meet the moment and overcome your fears. It’s legitimately soul-nourishing and life-changing; there’s nothing else like it.

Ready to get your skydive on!? Book a tandem, fall in love with the sky, and then get licensed! We are happy to answer questions or clarify anything – reach out!