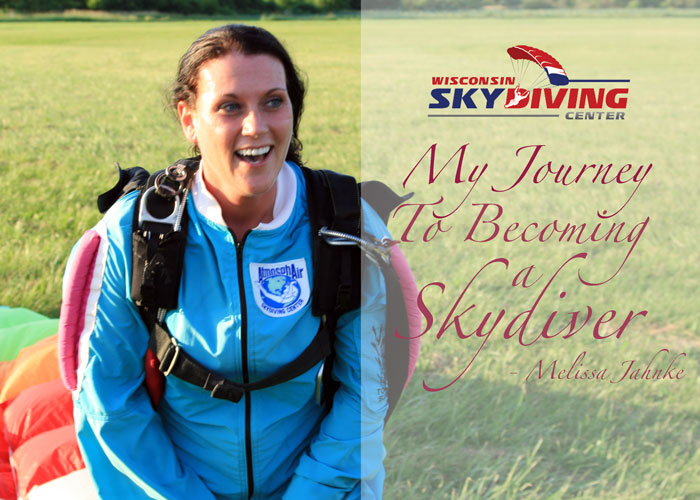 I can hardly eat, and I just want to get to Jefferson. I have been going crazy since Thursday, and just need to get my butt up in that sky. I have everything prepared for my skydives, and am hoping that I can execute the jumps. I spend a little bit of time with my family, and head off to the drop zone. I am so excited to get there this week because its Bo’s birthday, and they are throwing a party for him. It is also Kim’s going away party; because she is going to Africa for 2 years in the peace corps. I practice more parachute packing as Jocelyn patiently accepts my willingness to learn. There are canopies that need to be packed everywhere. I can tell they had an busy day of jumping. I am starting to feel that I need to relocate closer, as I know this will be a huge part of my life for years to come.

I play with the kids, and meddle with new faces. I am once again offered to eat part of the feast, and still have absolutely no appetite. Bo makes me try a piece of cake, of which I cannot refuse. After singing Bo happy birthday and relishing in the good company, I am once again an emotional walking zombie. I call it a night and cozy into the “hotel Jeep Cherokee”.

I toss and turn all night. Normally, I sleep very sound, and relaxed. But for some reason, the aura isn’t right. I can’t pin point what my deal is, but I try to turn off my brain and sleep. Soon after it was morning, and I must have slept a little while because I woke to the sun peeking in my windows. I crawl in the front seat and drive to Jefferson for some hot tea and oatmeal. I realize I forgot my tennis shoes and quick make a Wal-Mart run to get some cheapies. I pick out some hot pink sneakers!! I return to the drop zone and begin to make my way out to the target. I gage the wind speed and directions, and make my flight pattern predictions. I can’t wait to get up in the air, but still for some reason have uneasiness in my gut.

Rita and Bo help me get suited up, and help me perform my gear checks. We load the plane, and are on our way up. I just can’t seem to settle my nerves. I try to keep focused on relaxing and preparing for the skydive. We get into position for climb out and the door opens. I feel an enormous sense of fear engulf me, and I feel almost as though I would pass out, or puke. I’ve never had this sensation on a skydive before. I breathe deep, and push it away. I just kept thinking “get me out of this plane”! We climb out and I count down, “check in, horizon, up, down, off” and just like that it’s all good. I immediately do a circle of awareness, and settle into 3 PRCP. I try to smile a bit, do another circle of awareness. Then I see Rita flying next to me, and Bo flying to the other side of me, unattached! I am released again!! I am trying so hard to stay relaxed and in form, but for some reason, when I see the 5000′ approaching on my altimeter I loose my body position and quickly pull hard. I don’t spin as aggressively as the last jump, but yet another line twist. I was so mad at myself! I kicked myself out as quick as I could and did some canopy flares. I turned my canopy into the wind and practiced flying a little more on my own judging where I needed to be, and how to get to that point. I heard Bo over the radios, and he guided me down to the target, using less assistance as the times before. I love being under the canopy and wish I could hang out all day.

I stood up the landing and was relieved all the fear was gone. I was ready to go up again, and kick some serious butt on this next jump. I was debriefed and instructed to practice ripcord deployment sequence over and over on the ground. I could see easily what I was doing incorrectly in the video, and needed to practice it more. I watched several of the jumpers come down from their jumps under canopy and was just amazed at how graceful they look in their natural state. I studied their landing patterns, and loved seeing the different canopies.

And that’s when it happened. I was in between practicing and watching and I heard “jumpers away”. I walked outside to see a tandem skydive and Rita in free fall, and I recall thinking to myself, “they seem low, why didn’t they pull…. C’mon,Pull… PULL!” and just like that the tandem opened and I saw Rita track lower, but her parachute never opened. I lost her behind the trees, and instantly everyone became super worried about what just had happened. And then I realized that I had just witnessed a terrible accident. Rita lost track of altitude, and pulled low. Her consequences were a broken hip, and sacrum. My heart was broken for her. I was scared to think if a person with this much experience could have an accident, what could happen to me? I was shook up to have seen that, but I knew she would have wanted me to keep going, and not let this get to me. I look up to her as a skydiver, and a new friend, and remember that huge smile she gave me on my first jump! And the hug she gave me when I needed to hug someone after I landed. So I gathered my emotions, and decided to give it another shot, for Rita.

I let Alex know I was ready to give it another go. I went over the jump expectations with Bo and Jordan. I was ready to do this! Jordan helped me decide on the landing pattern, and quizzed me on certain scenarios. He also helped me to practice my form on a dirt dive, and visualized this next jump. I was ready, and I was going to own it! We geared up and up we went. I was so much more relaxed on this ride to altitude than I was on the one in the morning. Bo was too, as he fell asleep in the plane. I felt that things were clicking, and good vibes were in full flow. We reached our altitude and I followed Bo as closely as possible out the door. I checked in with Jordan, and continued to count down, and we were off. I looked up and saw the plane for a split second, and then I did a circle of awareness. I was enjoying the heck out of this skydive. I did my PRCP and then I felt my body fly. Bo and Jordan were flying unattached to me, and I was rocking it! I was smiling and having a tremendous time. I felt myself start to loose heading and I instinctively corrected my heading maintenance. I was skydiving. I was at my pull altitude, and I slowly reached back and pulled slower than my historically fast “gun draw”- my chute came open and NO LINE TWISTS!!!! I watched the other canopies below me aggressively maneuver to the target and over the radio I heard Bo say, “awesome skydive Mel, that was the best one yet!” I was so thrilled, and loving it. I shouted back but I know he didn’t hear me! I was super stoked! I didn’t hear too much more from Bo on the radio, which meant I was doing great on my own. I landed the canopy with a running stand up! I was higher than ever on the emotion! My face hurt from smiling so big so long!

I absolutely love this sport and can’t imagine it not being in my life. The hardest part is making it through the week, which seems to drag on and on. I said my good-byes, and was on a natural high my entire drive home. My family was happy to see me home, but my heart was still in the sky.