It’s helpful, here, to dig for your preconceptions and lay them all out on the table. Don’t be shy: After all, if you’re planning on doing a skydive, it’s in part because of those preconceptions. (If they were all bad, you wouldn’t bother, right?) Since “the unexamined life is not worth living,” as Socrates* would advise you, let’s peel up the corners of your assumptions and see what’s hiding behind them.

…Only to the uninitiated. To be fair, it’s not the general public’s fault that skydiving has this reputation. It started off as a sport designed by and for people who pushed the envelope; now, it’s a sport for people who ache to push their own envelopes. The sport has a tendency to get a bad rap because you generally only get to hear the negative news on the news–you seldom hear the amazing stories of accomplishment and empowerment. The news media loves sensationalism. With that kind of messaging comes a negative mindset to skydiving. 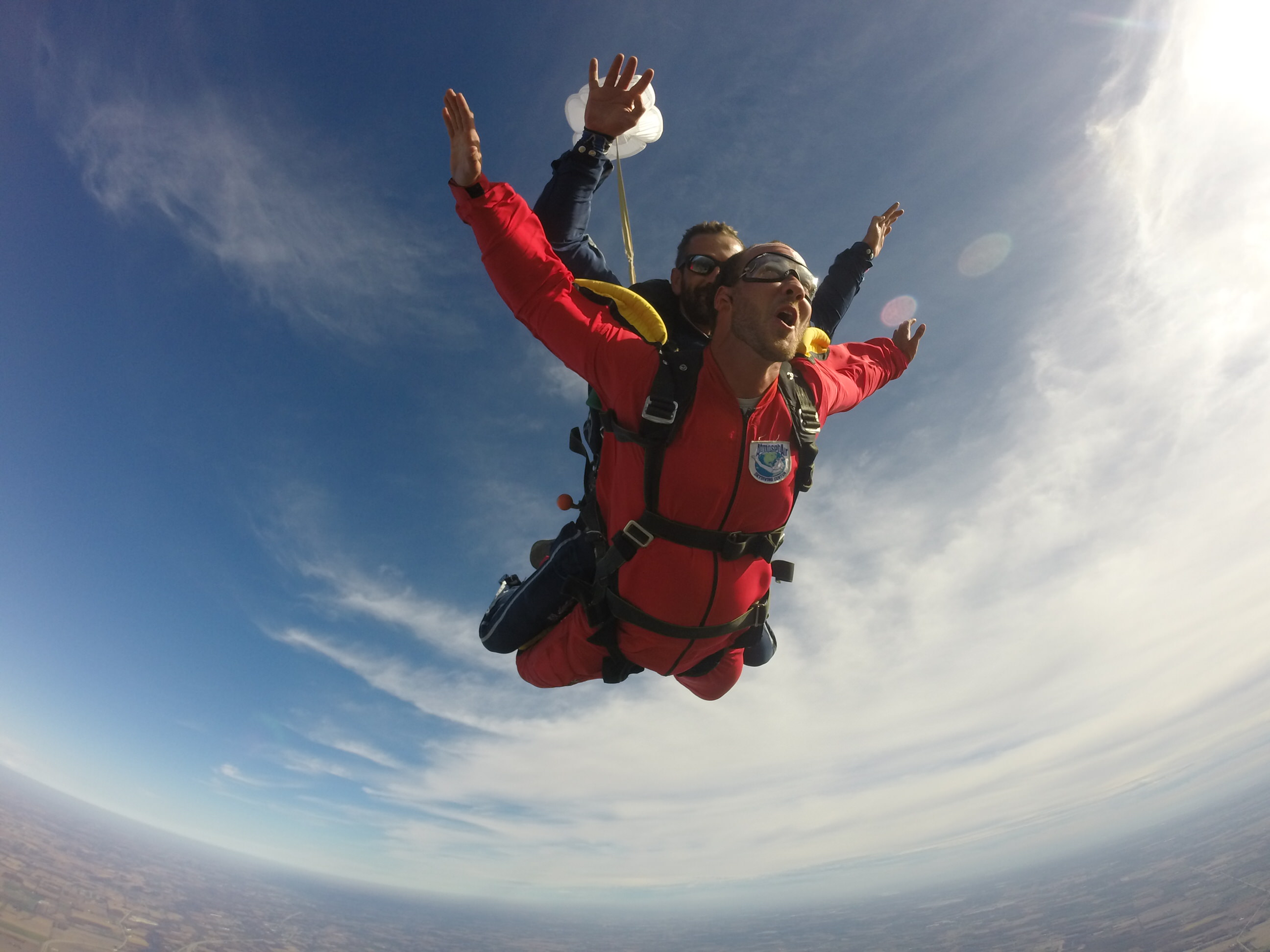 Heck–we don’t mind too much. That pays their bills. Positivity is what pays ours, and we have massive stockpiles of smiles to share.

Drawn to skydiving because of its wild-west reputation? Come for the cuh-RAY-zee, stay for the crazy-good vibes.

2. “That Skydive Is Going To Feel Like The Gnarliest Roller Coaster To Ever Coast On Rollers.”

Ah, the ‘Plummet Factor.’ Though you may be plummeting earthbound through the sky at 120mph, you may be surprised to hear that you won’t feel out of control–or like you’re, y’know, plummeting earthbound through the sky at 120mph. You’ll feel many of the same dynamics on your body that you feel when you’re swimming through water (which isn’t surprising, since hydrodynamics and aerodynamics are subdisciplines of the same umbrella field of ‘fluid dynamics.’) It’s smooth, it’s sweet, and it’s really, really hard to explain, because it can’t be compared, apples-to-apples, with anything else.

Drawn to skydiving because you like roller coasters? Come for the whee, stay for the whoa. 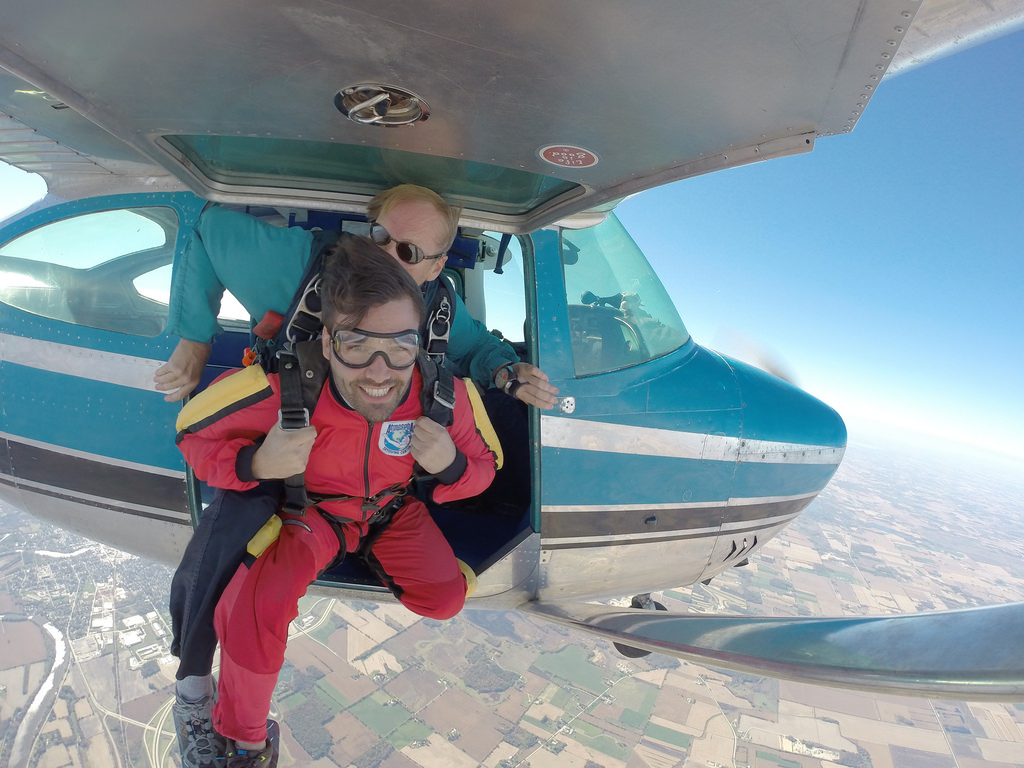 3. “I’ll Be Terrified For The Whole Thing. I Might Even Pass Out.”

Fear, too, is a biggie. You’ll feel fear. Of course you will. …But not where you think. You can expect that all those fractious nerves will run their course within the safe confines of the plane. It’s only when you step out the door does that tsunami buildup of tension release and you can enjoy–perhaps for the first time in your life–complete freedom. There’s nothing more satisfying, nor more tailor-made to inspire you to do great things in your life.

Drawn to skydiving like you’re drawn to scary movies? Come for the “jump scare,” stay for the starring role in your very own quest flick. 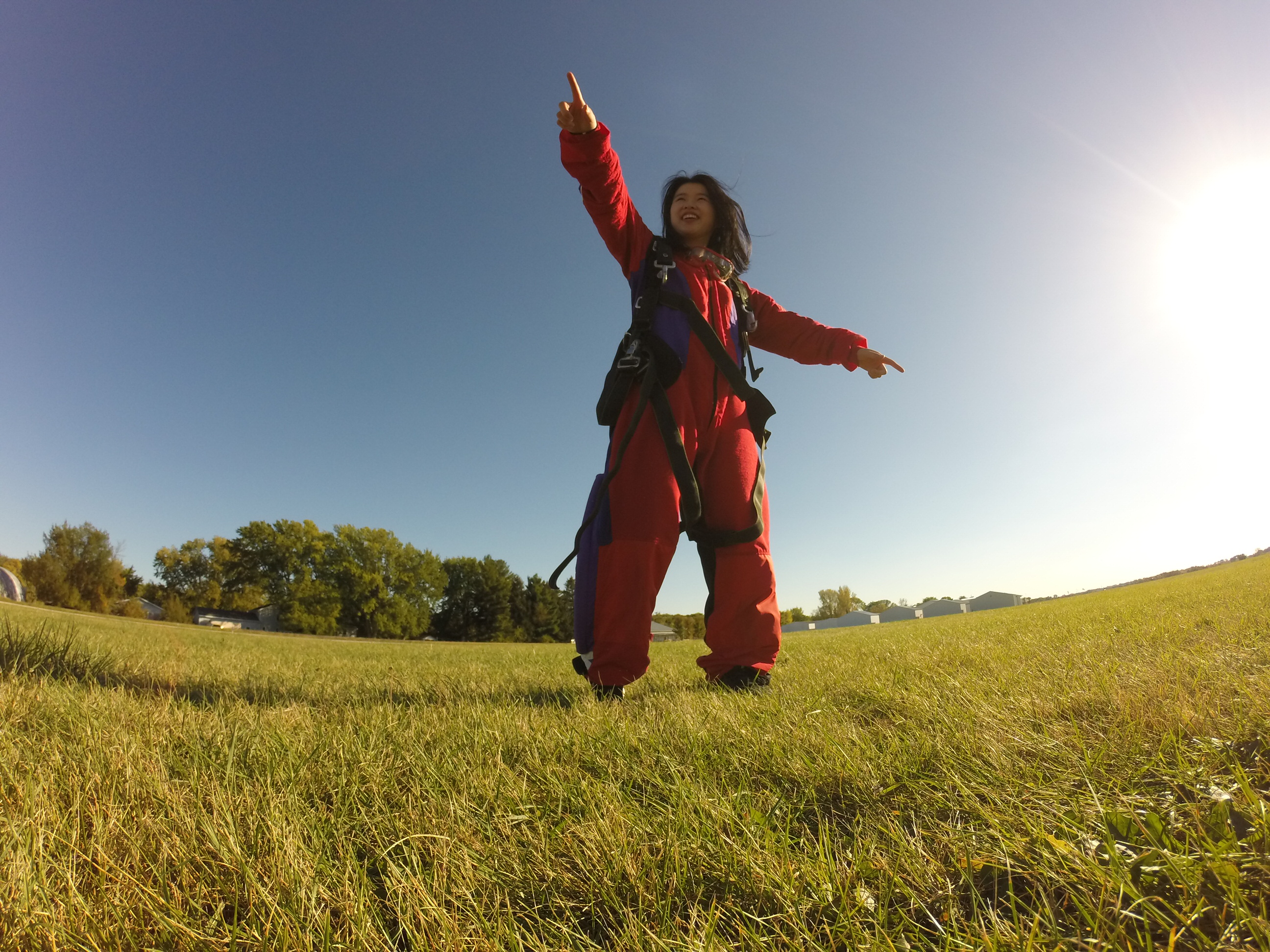 Well: Nope. Nope, nopey, nope. You’ll need at least two hundred skydives to so much as put on a wingsuit and start learning how to fly it in the wide-open sky, and at least five hundred skydives (or quite a few more, depending on which guru you ask) to even make your first tentative parachuted waddle off the side of a bridge. If it’s WBASE you have in your sights, you have a long and extraordinarily challenging road ahead of you…but there’s only one way to start that journey, isn’t there?

Drawn to skydiving because you’ve seen some pretty cool-looking stuff shared around on Facebook? Come for the plug-’n’-play glory, stay for the lifelong challenge that is skill-building in the sky.

We have a fifth one for you, but it’s a dark horse, so we won’t tie it to your preconceptions. It probably, y’know, isn’t one. It’s simply this: Intense happiness. You’ll be in for a surprise if you think this is like any other adventure you’ve been on. Even if you’ve climbed Everest, this will stand as one of the biggest things you’ll do in your life. You’re taking a risk, exiting an airplane, and that risk will be rewarded with an endorphin explosion the likes of which you’ve never known.

What are you waiting for? Blow those assumptions out of the water and come make a skydive with us today!

*We are so sure Socrates would be a skydiver if he were around today. Corner us at a boogie bonfire and we’ll explain the whole thing for the low, low cost of two beers.