If you’ve ever wondered how to become a skydiving instructor, meet our Laura Duffy. She pretty much does it all, and she does it with style. Here at the Wisconsin Skydiving Center, she’s an all-around pro: a skilled and artful aerial videographer, a patient and gifted coach, and an AFF skydiving instructor whose students never run out of positive things to say about her. A born teacher, she has spent the last couple of warm seasons instructing most of the ground schools at WSC, with thoughtful attention to detail and tons of heart.

LIVING LIFE OUT LOUD AS A SKYDIVING INSTRUCTOR

Laura never cuts corners in anything she does, from introducing new skydivers to the sky or – as it turns out – living a balls-out life. A recovering alcoholic and recovery program participant, Laura has been clean (and a shining example to others) ever since we met her. Five years on, she still volunteers and mentors others going through that program. Currently, we share Laura with her other vocations as a personal trainer, a social worker, and a multi-sport athlete. And we couldn’t be prouder of her for all that, or be happier that she’s part of our WSC family.

The story of how she got here is a rocky one, but it carved out one of the most incredible human beings we know – and it’s really inspiring. In order to truly introduce you to this force of nature, we’ve got to tell it.

From Chaos to Discipline

Laura started partying at the age of 13 and spun out of control very quickly. Incredibly, she managed to keep it together academically and was accepted to the University of Wisconsin–Madison to do her Bachelor’s in Social Work. She went on to complete her Master’s of Social Work there, as well. All the while, she grappled with her demons. Suffice it to say: She’s tough. “I was really successful on paper,” she muses, “but life was chaotic and kinda miserable.” 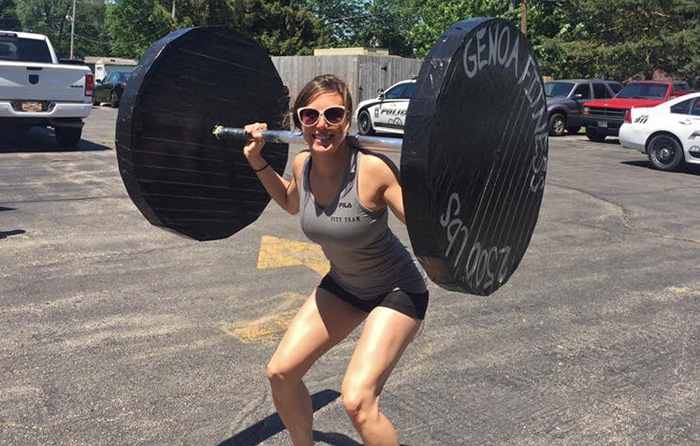 Eventually, she decided she’d had enough. She entered a journey of recovery and tackled it with her signature intensity. She’s coming up on eight years sober on March 31st, 2019.  As she was going through that program, Laura was actively looking for outlets to replace partying in her life. Suddenly, the idea that she’d had for many years previous – to get her solo skydiving license – seemed like the perfect fit. She’d even done a bunch of research on the subject, parsing over the differences between training methods to decide on a favorite. Accelerated Freefall Training (or “AFF”) won out, but she never seemed to find the time and wherewithal. Now, things were different – and the Wisconsin Skydiving Center, which offered AFF as its training program, was a reasonably close neighbor. “I called [WSC co-owner] Alex [Kolacio] and basically told her I wanted to sign up for the whole AFF course right away,” she laughs. “She told me to come out for a tandem skydive first to see if I actually liked it.”

Predictably, she did like that first tandem experience. In fact, she loved it. Her first jump was in September of 2012, followed by another tandem in October. After that, Laura saved her pennies all winter to do the first AFF course of the new season in the Spring of 2013.

It took a while for her to work her way all the way through the solo skydiving certification program – she even accidentally landed on a hangar roof on jump number nine. But she kept showing up, over and over and over, always with a contagious smile on her face. The WSC team was immediately and immensely impressed by her guts, her glow and the strength she demonstrates in her straight-talking vulnerability.

“Bo’s passion for self-improvement really dovetailed with my own,” Laura adds. “A lot of the stuff that I was working on in the program, Bo was coming at from an angle of personal development, so we got to have a lot of great conversations. Honestly, being part of this community has been amazing for me. It feels like family.”

The power of skydiving community

The good vibes are totally mutual. “From the start,” WSC co-owner Bo Babovic remembers, “everything [Laura] has done here has shown total commitment. She is always positive and supportive. She is a no-drama, no-politics kind of girl, and that’s why she fits in here so well. Plus, she is a total go-getter; a happy person; a cheerful force of nature. Whatever she sets her mind to doing, she does!”

Another cool thing about Laura is the fact that she takes the WSC philosophy to the far corners of the Earth. Just one example: A story Laura tells about New Zealand, where she lived for several months as a sport jumper. “I was at Skydiving Kiwis,” she remembers, “and I met a girl there that was going through her AFF. She was struggling with her training so we took off the day after she had several failed attempts and went on a hike. We checked out some sights and just talked. I showed her some videos of jumps I had done and shared stories of other people who had to retake jumps before it started clicking.

I ended up leaving before she passed all her jumps, but she did end up getting licensed. I found out later that she had planned on quitting that day and after we talked, she decided not to quit. We met up again and did the most beautiful hike together! It’s funny because I think of her as a skydiving friend, even though we never jumped together. The truth is,” Laura smiles, “everybody struggles. Everybody has challenges. It’s really satisfying to me to help people overcome those challenges.”

The Zen of Challenge 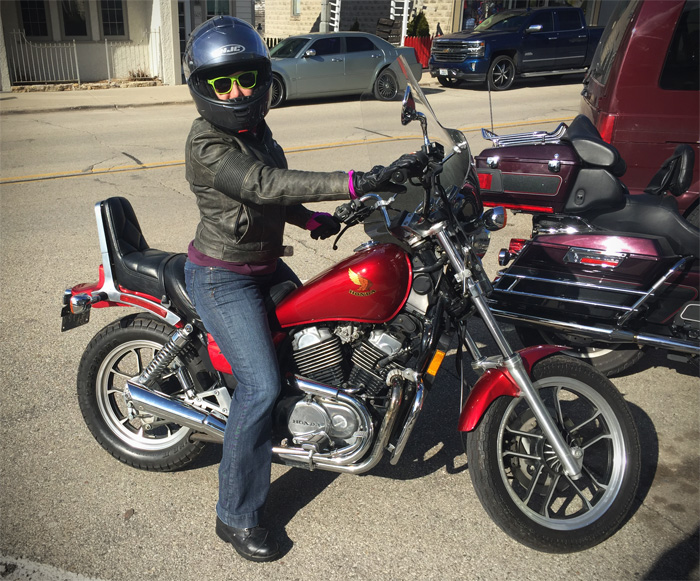 At the moment – as always – this awesome human is tackling challenges of her own. These days, they’re fun challenges, motivated by her adventurous soul and wide-open attitude. As well as cultivating a long list of world-wandering trips to undertake, she’s dead-set on learning the skydiving discipline of free-flying and has been logging some wind tunnel time in Chicago. We’re stoked to be her cheering section –  and you will be, too.

Now that you know that you too can become a skydiving instructor – want to meet Laura? Come out to our dropzone. You’ll see exactly why she’s loved by literally everybody she meets. 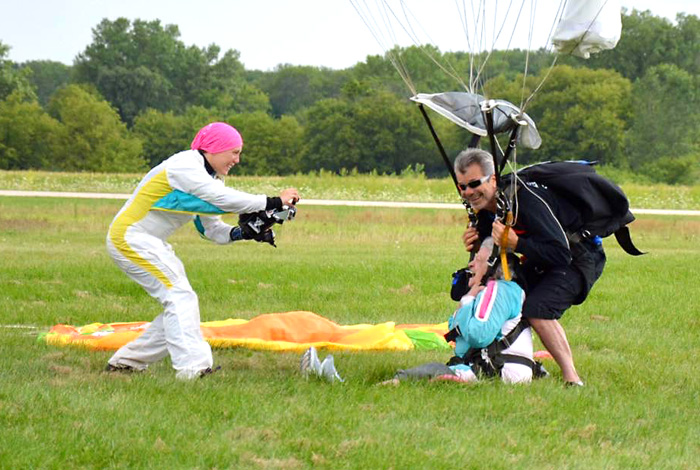